Circulation Magazine, A Celebration of DIY

PrintSoc was contacted by Circulation Magazine, a media group from the University of York, and asked to produce posters to advertise the release of their newly refreshed and rebranded magazine. Below you can see the process and the finished print. 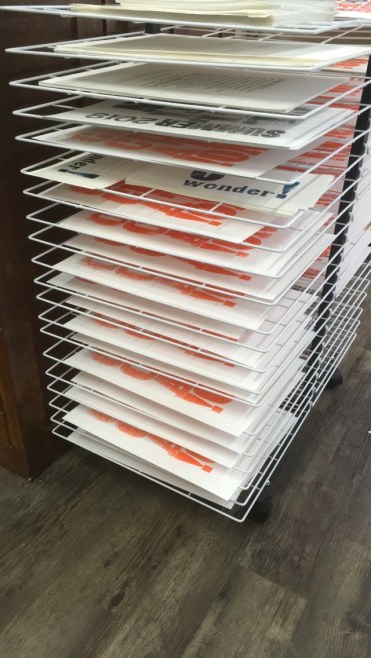 At the launch party we also invited guests to try their hand at printing their own postcard on our Adana press. 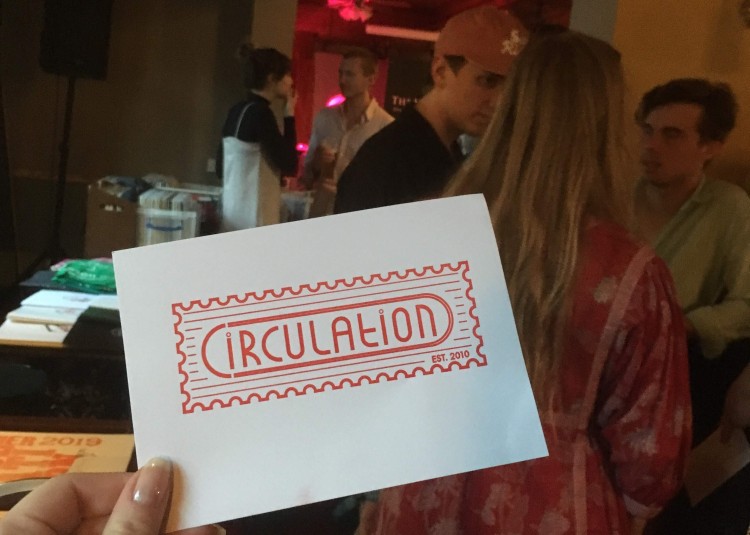 Unknown Magazine, a student-run art publication based at the University of York, approached PrintSoc for a contribution to their summer edition. Submissions for the issue were based around the theme of ‘disorder’ and PrintSoc was encouraged to consider the order and precision of letterpress printing (and how quickly this can turn to disorder if done incorrectly). We used the Albion press to respond to the theme and create a print to be featured within the magazine.

We established a design, proofed it and worked on the layout.

We then set 18pt Bembo metal type for the quote ‘light shone and order from disorder sprung’ from Paradise Lost.

Next, we set the wooden type and locked up a forme for the coloured printing — creating a two-tone effect with red and orange ink. Two separate colour impressions were required to cover the shortage of r’s!

We repeated the process to set and print the highlighted ‘dis or der’ text diagonally across the page. Each time we altered the letters we had to use furniture to keep them in  the same place so we could align the impressions accurately on top of one another…or as accurately as we could manage while also embracing the theme of disorder!

Finally, we set the metal type into a forme of the same size and printed this in black ink so the quote would be visible over the large coloured letters.